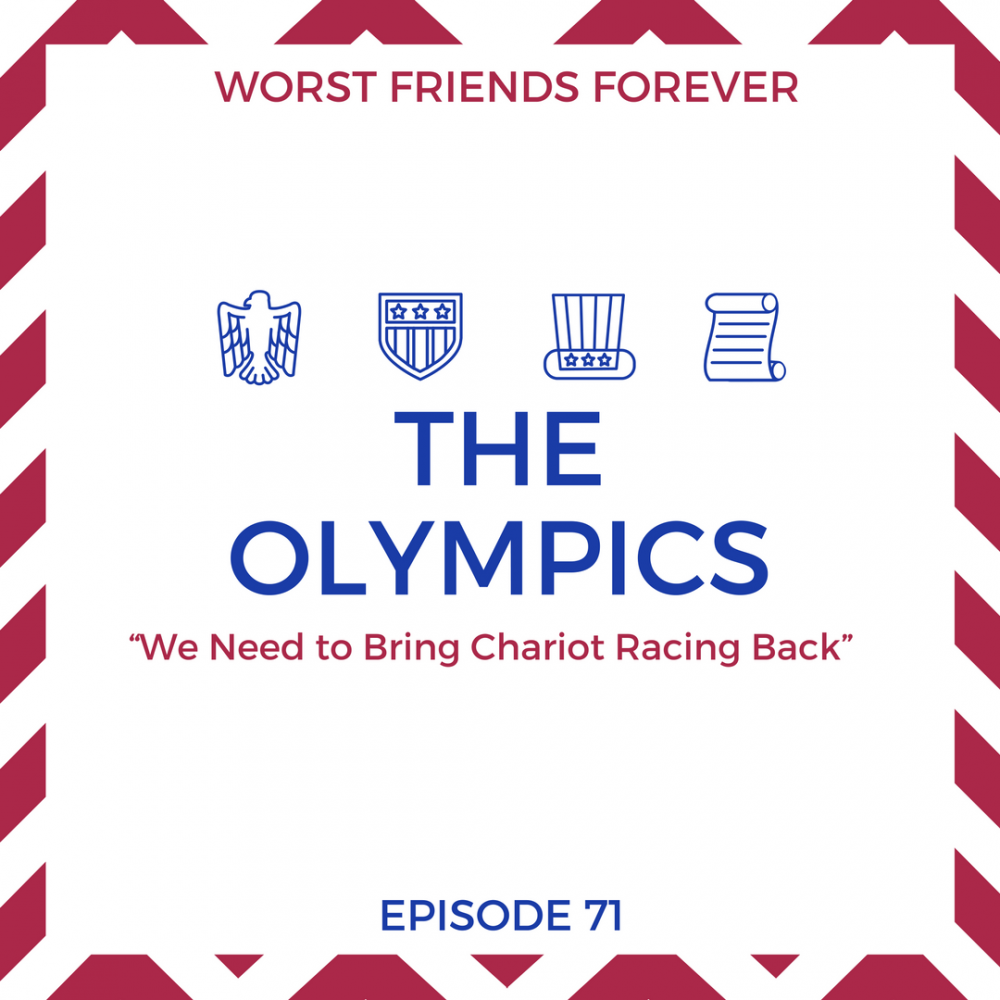 This week we’re talking about the Olympics! The current Olympics, problems with the games and why we still just love ’em. Let us know what you like about the Olympics by finding us all around the internet @wffpodcast.

Taylor says: We are seriously obsessed with the Olympics and all Olympic athletes. There’s also some bonus content at the end of the episode of us watching Michael Phelps win some medals live!

Emily V says: We were all SO pumped the entire time the Olympics were on. We had so much fun catching different events and showing our patriotism (this was before November 8, 2016).