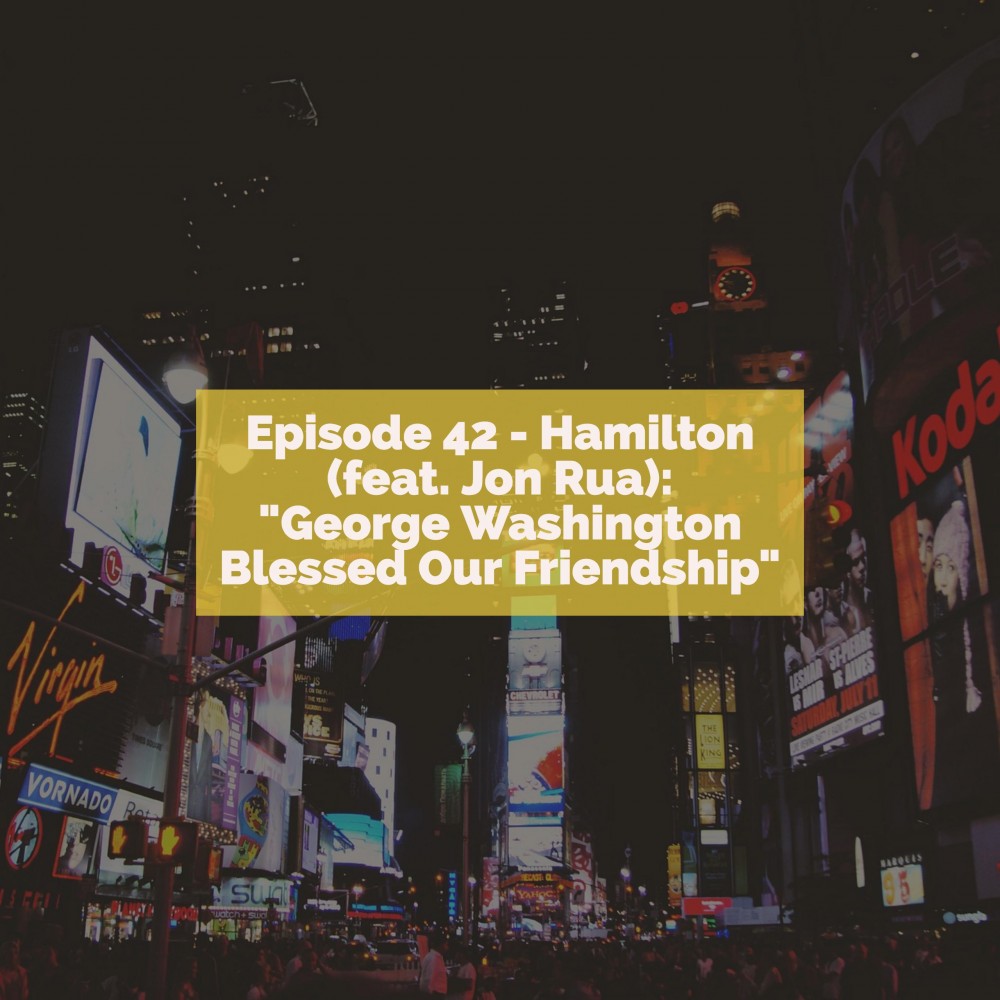 This our very special episode recorded during our trip to New York all about Hamilton: An American Musical, including a very special interview with Jon Rua (jonrua.net), company member and Alexander Hamilton understudy! Big thanks to Heather Liposky (Instagram: @HeatherLiposky) for connecting us with Jon!

Taylor says: This episode was recorded on the streets of New York City! We have some serious fangirl moments preparing for and watching Hamilton, and even have a backstage interview with Hamilton understudy Jon Rua!

Emily K says: I love this episode! It’s so different from anything else we’ve done and we worked really hard on it.

Emily V says: Holy cow. The few days we spent in New York were easily some of the best of my life. And they were recorded.